A meeting of Italian entrepreneurs in Tanzania was held on September 27-30, 2022 at the Italy-Tanzania Business and Investment Forum to present partnerships and business opportunities for Italian companies in Tanzania.

About 800 companies took part in the forum, held in Zanzibar and Dar es Salaam, including a hundred Italian or local companies with 100% Italian ownership. The event, organized by the Italian Embassy in Dar es Salaam, ICE, the Italian and Tanzanian Foreign Ministries, the Tanzania Investment Center and the Zanzibar Investment Promotion Authority, was a useful opportunity to explore cooperation and economic opportunities in the agribusiness (agricultural machinery, food processing machinery). , cold chain and packaging), infrastructure and blue economy sectors, according to a statement from the Italian Ministry of Foreign Affairs.

“Tanzania is a politically stable country with growth rates of 7 percent and an economy open to investment. The government is strongly committed to boosting the country’s industrial development through infrastructure improvements and investment benefits,” writes ICE. “With a population of 53.5 million, it is the largest country in East Africa and the East African Community (EAC) and the natural commercial gateway for the six landlocked countries that surround the country, as well as being endowed with a wide variety of natural and mineral resources.Among the Italian Exports to Tanzania include machinery.

The initiative was a follow-up to the forum held by the Embassy of the Republic of Tanzania in Rome last December. The aim is to promote the start of further economic and commercial cooperation between Italian and local companies in the country’s main economic sectors, but also to develop bilateral B2B and B2G meetings. 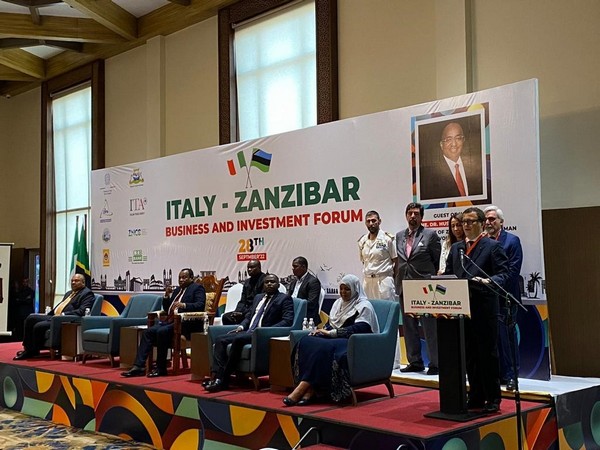 Italy’s Ambassador to Tanzania, Marco Lombardi, announced on the closing day of the forum that Tanzania 2023 will be included in the Luca Attanasio Initiative, which includes a trade association delegation in the sectors of the Tanzanian market with the greatest opportunities for Italian companies, organized and coordinated by Farnesina, in collaboration with ICE.

The next edition of the Italy-Tanzania Business and Investment Forum will be held in Milan in 2023.