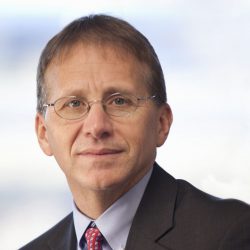 Chris Pruitt has been promoted to Chief Executive Officer and President effective January 1, 2018

Chris Pruitt, CEO and President of East Penn, was recently honored with the position of President in his service for Battery Council International (BCI). Mr. Pruitt and East Penn represent longstanding active membership in this important organization and have supported the industry for many years.

“On behalf of BCI, we are excited to welcome an impressive and accomplished group of executives to the BCI 2021 Board of Directors to advocate BCI’s strategic mission and goals for the year ahead,” said Roger Miksad, Executive Vice President by BCI.

In addition to serving on the BCI Board of Directors, Mr. Pruitt currently serves on other industry boards of directors including the Automotive Aftermarket Suppliers Association (AASA) and the University of the Aftermarket Foundation. He is currently Chairman of the Board of Directors of the Wyomissiing Foundation. He is also on the board of directors of Flinchbaugh Engineering. He received the Eugene L. Shirk Award for Community Builder, the Sydney D. Kline Award for Outstanding Community Service, the William H. Doran Award for his work with United Way, and was recognized by the YMCA for his community service.

East Penn is honored to continue its tradition of serving on many roles and committees at BCI, including the board of directors. The company commends all those who continue to actively support the efforts of this accomplished industry organization.

We need your support!

A donation of any amount to your nonprofit media organization supports the future of media access in our community – the things you love and the places you care about through the people you know.