It’s difficult to think about sport these days in the face of the horrific images of Russia’s insane bombing and killing of citizens in the free and independent country of Ukraine.

Russian President Vladimir Putin’s trip to China and the agreement not to attack Ukraine during the Olympics should serve as a warning to the world that both countries hate the West and cannot be trusted. China’s recent vote at the United Nations to authorize Russia’s war crimes in Ukraine should be warning enough for Canadians and the world.

Russia’s attack on Ukraine this summer ended Canada’s planned 50th anniversary of the 1972 Russia vs. Canada Ice Hockey Friendly Tour. It’s hard to imagine anyone having anything to do with a madman like Putin. It confuses me to see people like Vladislav Tretiak and Viacheslav Fetisov supporting Putin’s policies.

Tretiak is a member of the Russian Duma; Fetisov is a minister in Putin’s government. These two ex-hockey greats and much of the Russian people are being fed a distorted picture of the war in Ukraine by the Russian government, which controls all media.

Whoever controls the media controls the message. So far, support for Putin remains solid in Moscow and among senior citizens — at least until the body bags come home.

The tech-savvy younger generation, with access to independent news, knows the true truth about Russian brutality, but speaking out and spreading information about the Russian invasion of Ukraine could result in a prison sentence.

As Russia continues to bomb civilians, I think hostility towards Russian NHL hockey players will intensify in North America, especially towards a pro-Putin supporter like Alex Ovechkin.

Some are opposed to Putin, like New York Rangers star Artemi Panarin, who backed the Russian opposition party’s Alexei Navalny last year. Panarin is silent these days for fear of retaliation against his family in Russia.

Most Russian NHL players don’t speak out against Putin out of fear, but those who support him had better take safety precautions.

These are dangerous times for Russian NHL players, and the war could impact the Stanley Cup playoffs. So sad. 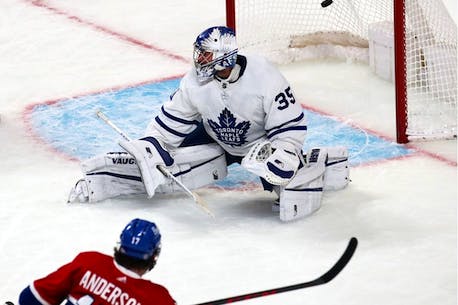 Mark Arendz won gold in biathlon at the Paralympics on March 8th with a magnificent performance. Arendz completed the 10K ski leg in 31 minutes 45 seconds and was perfect in shooting.

Grigori Vovchynskyi of Ukraine won the silver medal in 32.18.

Congratulations to Arendz who grew up in Springton, PEI and continues to shine on the international stage.

Bruce Donaldson’s UPEI women’s hockey team, which can beat any of the AUS teams on any given night, has to wait on the sidelines after losing 3-2 to St. Thomas on a controversial call here on March 9.

UPEI hosts the Nationals here in two weeks, and they’re in for a surprise. I bet they will advance to the medal round.

… The breeders’ conference takes place in Red Shores Charlottetown on March 12, while Bruce Wood of Woodmere Farms outlines plans for the day. Julie Jamieson, Executive Director of the PEI Harness Racing Industry Association, has organized a veterinary panel, a question and answer session in the yearling marketplace, a virtual tour of a well-known breeding farm and much more.

… There is a lot of activity on the racetracks in the highlands. Woodmere Stealdeal won 1:51:3 for Jonathan Drury in the $25,000 class on March 5 in Mohawk.

… Emmy Lou Hayes had been riding well with a recent win but recently fell ill in a $21,000 mare and mare event. JJ Powerball (Austin Sorrie) finished third in 1:54:2 as the iron-sided product from Jamie MacKinley’s nursery continued to raise money.

… Wally Hennessey called a race at Pompano last weekend, but his brother Jody has told me announcer Vance Cameron’s job is not in jeopardy. Jody helps his buddy Adam Merner jog. CDP railbird Joey Farrell lets it be known that Jody could make a riding comeback this summer. Don’t bet on it!

… The Stable’s Patrikthepiranha takes on Jimmy Freight and the $36,000 top tier in Mohawk on March 12th.

Fred MacDonald’s column appears in the Guardian every Saturday. He can be reached at [email protected].