These 10 facts about Italy will blow your mind

For Italy, overcoming the Covid-19 pandemic and the climate crisis represents a great opportunity to make the economy and society more sustainable, healthier and thus more future-proof. It was a fundamental challenge that required the best technological, institutional, political, social and cultural resources. It had to be moved forward without leaving anyone behind, without leaving anyone alone. Europe took up this challenge by mobilizing significant resources around cohesion, the green transition, the digital economy and innovation, and committed to the goal of zero carbon emissions by 2050.

Italy can play a key role in this process and play to its often little-known strengths. Even for Italians, as Prime Minister Mario Draghi recalled. The data shown in these “selfies” tell us about records in circular economy, green economy and design across the Made in Italy industry. These records are hidden in the folds of the land. The main protagonists are sometimes pocket-sized multinationals, small and medium-sized businesses and talent that Symbola records, narrates and connects through its initiatives, implemented together with many travel companions. An Italy that makes Italy active in international markets thanks to its ability to combine competitiveness, environment and social cohesion, innovation and ancient traditions, empathy and technology, beauty, human capital and communities. A country that, together with Europe, can make a significant contribution to “not wasting the crisis” and building a safer, more civilized and friendlier world. Giving new strength to hope in a difficult situation.

Italy is the European country with the highest recycling rate of total waste. With 79.3% of waste sent for recycling, it is almost twice the EU average (39.2%) and higher than the other major European countries: France (55.8%), the United Kingdom (50, 5 percent), Spain (43.5 percent) and Germany (42.7 percent).

Enel, through its subsidiary Green Power, is the world’s largest private operator in the renewable energy sector with 47 GW of managed capacity (as of Q3 2020) from wind, solar, geothermal and hydroelectric power plants in Europe, America, Africa, Asia and Oceania. Enel is a global leader in Refinitiv’s ESG rating in the Electric Utilities & Independent Generators sector out of nearly five thousand companies assessed based on their sustainability performance. At the same time, it ranked first in the Dow Jones Sustainability World Index for the Electric Utilities sector in November 2020. As a result of these decisions, the company has recently achieved a new market capitalization record, exceeding a value of over EUR 90 billion, and has established itself as a leader in the European utilities sector. 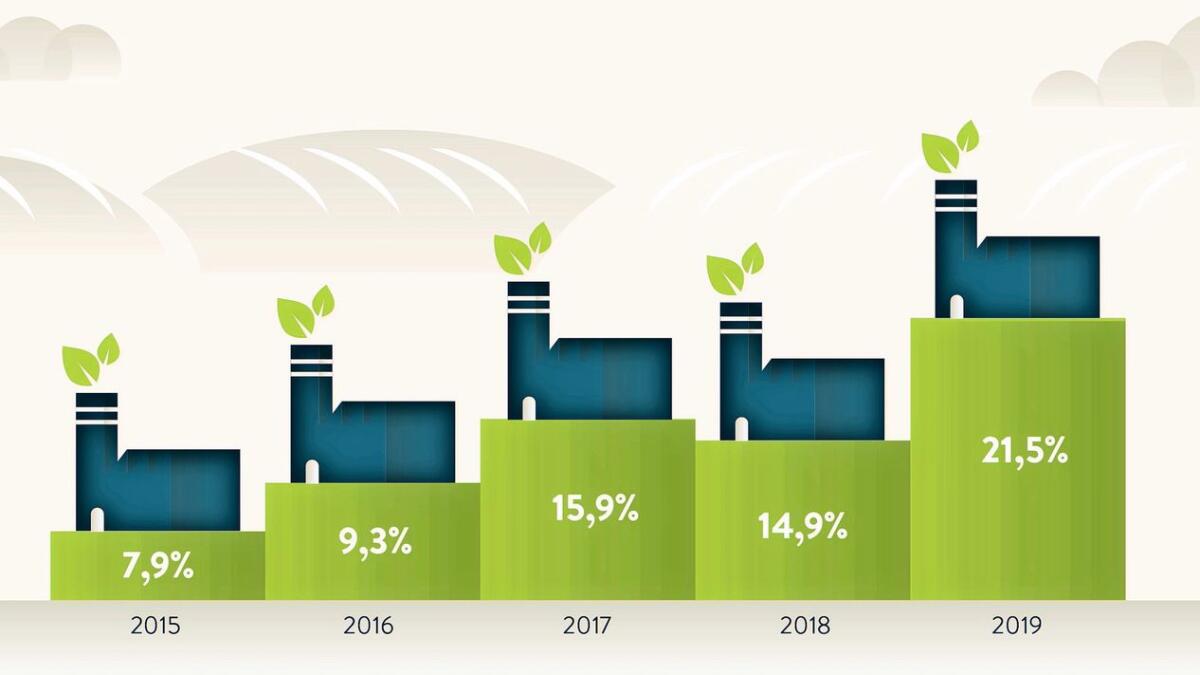 3 MADE IN ITALY GOES GREENER

More than 430,000 Italian industrial and service companies with employees (31.2 percent of the total) invested in green technologies and products between 2015 and 2019. A growing figure compared to the previous five-year period when 345,000 companies invested (24 percent). from the total amount). The number rises for companies run by under-35s, where the investment rate was 47 percent. Since 2015, the number of investments has almost tripled: from 7.9 percent of companies to 21.5 percent in 2019 (equivalent to 300,000 companies). Investments in energy efficiency and renewable sources lead the way, along with reducing water and waste consumption, followed by reducing pollutants and increasing the use of secondary raw materials. Companies that invest in green technologies export, innovate and employ more people.

4 SECOND IN THE EXPORT OF GREEN PRODUCTS

According to a study by the University of Oxford, Italy ranks second behind Germany in the Green Complexity Index in the world, thanks to the number of patents pending, low CO2 emissions and strict environmental policies. The index, which measures the ability to export technologically advanced green products, estimates that Italy ranks first in potential development, ahead of China, Spain, Germany and France. A confirmation that sustainability is a strategic asset for the future of Made in Italy and that the country plays a key role in both growth and economic competitiveness in the challenge of the green transition. 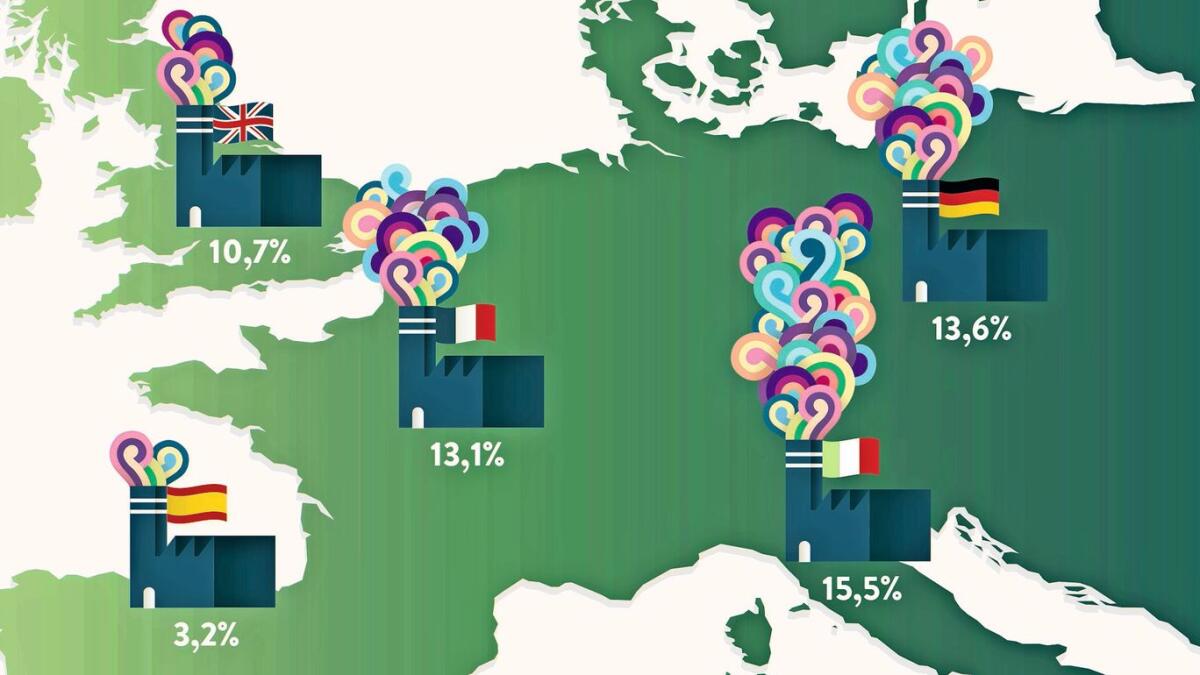 5 DESIGN BRINGS MADE IN ITALY STRENGTH

Italy has the most design companies at 15.5 percent of the EU total, followed by Germany (13.6 percent), France (13.1 percent), the United Kingdom (10.7 percent) and Spain (3.2 percent) . This record is due to the strong link between design and Made in Italy. The 34,000 Italian design companies employ 64,551 people and generate an added value of over 3 billion euros. They contribute up to 14.8 percent to sales in the EU. Milan is the design capital: the city accounts for 18.3 percent of the national value added and 14 percent of the workforce.

In the yacht industry, Italy leads in terms of trade balance with more than $2 billion (2.2), ahead of the United Kingdom (1.5), the Netherlands (1.4), Germany (0.7) and Poland (0.5). and is one of the top exporting countries, second only to the Netherlands and ahead of the UK, USA, France and Germany. The Made in Italy yachting industry has a global turnover of 4.78 billion euros, including 1.64 billion on the domestic market, and employs 23,510 people directly. 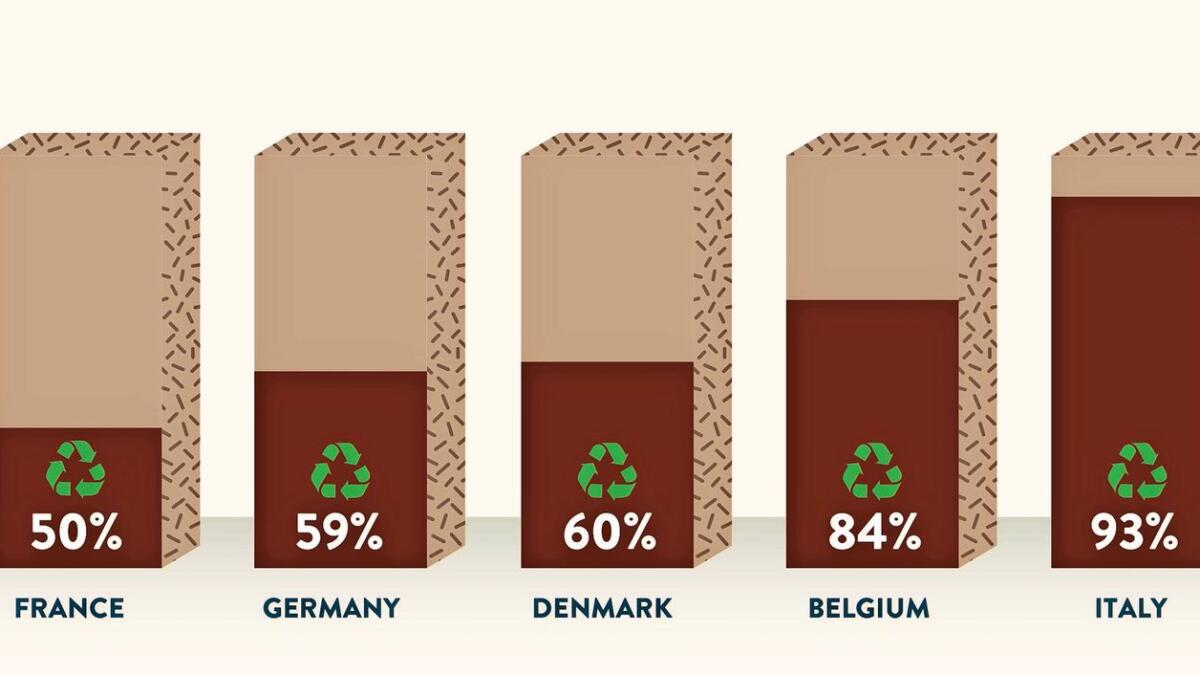 The Italian wooden furniture industry is the first in Europe for the circular economy: 93 percent of the particleboard made in Italy is made of recycled wood. Belgium follows with 84 percent, Denmark with 60 percent, Germany with 59 percent and France with 50 percent. Italy produces fewer climate-damaging emissions than other large EU countries: 26 kg CO2 equivalent per thousand euros of production, compared to 43 in Germany, 49 in France, 79 in the UK and over 200 in Spain. At almost US$10 billion (US$9.8 billion), Italy ranks third in the world in terms of the balance of trade in furniture: only China (US$96 billion) and Poland (US$11 billion) have a higher balance , while Germany (-$3.2 billion), UK (-$7.6 billion) and France (-$7.8 billion) have negative balances.

Italian agriculture is one of the most sustainable in Europe, with emissions of 30 million tonnes of CO2 equivalent. The sector has reduced its use of pesticides by 20 percent (2011-2018) and where other countries have seen growth (France and Germany) it has increased the use and production of renewable energy and reduced water use. The sector has 305 PDO/PGI products and 524 PDO/PGI wines recognized at EU level, 5155 traditional regional products and the highest number of organic farms. In 2020, the agri-food sector achieved an export record with an export value of 46.1 billion (+1.8 percent compared to 2019). Italy has the most young people in the EU (more than 56,000 under 35-year-olds run farms) and women in agriculture (one in four – the 28 percent – ​​is led by women: almost 210,000 entrepreneurs).

Italy maintains a leading role in Europe for pharmaceutical production with 32.2 billion euros (2018), just behind Germany with 32.9 billion euros, followed by France (23.2), the United Kingdom and Spain with a growing value of 34 billion euros in 2019 Another reason for this is export growth, which at 168 percent between 2009 and 2019 was almost twice the EU-28 average (+86 percent) and stronger than the other European big players (Germany + 72 percent, Spain +51 percent, France +31 percent and the United Kingdom +11 percent). In the last decade, the industry has reduced energy use and greenhouse gas emissions by 50 percent. 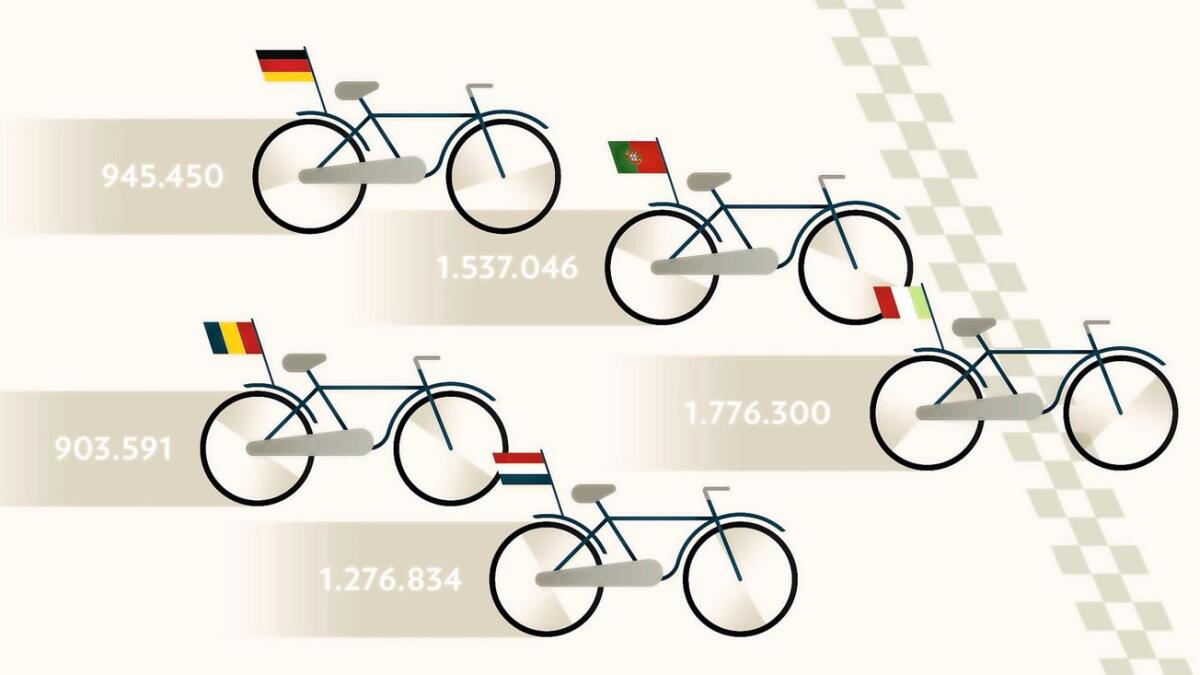 Italy accounts for 16.6 percent of total European exports. The country ranks first with 53.9 percent of global saddle exports. The bicycle industry counts 3,128 companies and generates a turnover of 1.03 billion euros. An important contribution to sustainable mobility.